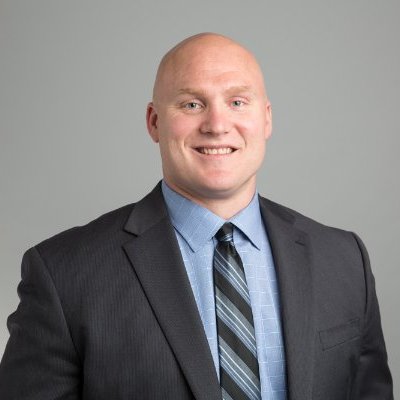 Isaiah Kacyvenski’s diverse and accomplished background includes earning two degrees from Harvard, playing in the National Football League (NFL) for eight years in between, and achieving success as an experienced entrepreneur and private investor. Mr. Kacyvenski has made nearly two dozen private capital investments in small & medium-sized businesses in technology, sports, biotech, consumer, media, and sports medicine as a value-added and active investor. Based in Boston, Mr. Kacyvenski assists Star Mountain with sourcing, analyzing and adding value to its portfolio companies in the region as well as assisting with industry sector expertise. Mr. Kacyvenski is also an advisor with Star Mountain’s Charitable Foundation, founded by Brett Hickey.

Mr. Kacyvenski is a Founder and Managing Partner at Will Ventures, an early-stage venture capital firm that leverages the power of sport to change the world. Will Ventures embraces getting their hands dirty alongside the entrepreneurs they invest in and utilize their network, expertise, and experience to add outsized value to young, sports-centric companies.

Prior to Will Ventures, Mr. Kacyvenski was the Co-Founder and Managing Director of the Sports Innovation Lab. Other Co-Founders were a ‎former VP of research at Forrester Research and entrepreneur-in-residence at General Catalyst and a U.S. Olympic gold medalist and member of the Hockey Hall of Fame. The Sports Innovation Lab identifies and evaluates the technology products and services that will power the future of the broad sports industry which has over 100 verticals.  Sports Innovation Labs has developed a digital market research platform and a world-class advisor network to help companies make strategic investment decisions.

Mr. Kacyvenski has a deep background in wearable sensor technology as the former Global Head of Business Development and Chairman of the Sports Advisory Board at MC10, a cutting-edge conformal electronics company focused on optimizing objective physiological data capture outside of a controlled setting. Mr. Kacyvenski joined MC10 after graduating from Harvard Business School and remained there for 6 years involved in the development, sales, and marketing of several different technologies at MC10, including the revolutionary physiological data capturing electronic patch the BioStamp, multiple award-winning sports impact indicator CheckLight, as well as a first-of- its-kind hydration monitor.

After being named the Harvard University Male Athlete of the Year and becoming the highest draft pick in Harvard history, Mr. Kacyvenski played in the NFL for eight years, was elected Special Team Captain three years in a row and served in this role during Super Bowl XL with the Seattle Seahawks.

Prior to playing in the NFL and while at Harvard, Mr. Kacyvenski worked for the United States Department of Agriculture doing testing for the Human Nutrition Research Center on Aging.

Mr. Kacyvenski currently serves on the elite Consumer Technology Association (CTA) Health and Fitness Technology board and the Star Mountain Charitable Foundation board helping athletes with internships and career development as part of Star Mountain’s economic development / job creation mission. Mr. Kacyvenski is involved with the long-term $100 Million Football Players Health Study at Harvard University, serving both as Player Advisor at Harvard Medical School and a Law and Ethics Advisory Panel Member at Harvard Law School. He is also a member of the NFLPA Health and Safety Committee.

Mr. Kacyvenski is the recipient of several prestigious awards, including the Harvard Varsity Club Hall of Fame, the Sports and Fitness Industry Leaders Scholar, PETA Compassionate Action Award, 1st Team AP All-American, Nils V. “Swede” Nelson Award given to the “best, most academically talented football player in New England”. He was also the subject of an NFL Films profile about his rise from poverty to the NFL that received an Emmy Nomination for Outstanding Long Feature. Mr. Kacyvenski was also featured on an Oprah Winfrey show titled “Why They Beat the Odds” and founded the Maggie Memorial Golf Tournament in honor of his late Mother, with all proceeds going to the orphanage she grew up in – the Children’s Home of Wyoming Conference.