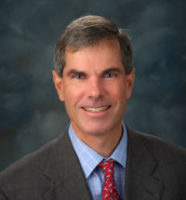 Mr. Glovier has approximately 30 years of experience as an investor and operator following the start of his career as an investment banker at Goldman Sachs. He also has leadership experience through serving as a board member for numerous financial services, manufacturing, business services, communications, and technology companies.

Prior to Opus Bank and PENSCO Trust Company, Mr. Glovier was a Managing Director of $40+ billion Fortress Investment Group for nearly a decade where he led private equity and debt capital investments in several industries with a focus on financial services. Mr. Glovier also founded the Private Equity Group within the Credit Funds Division at Fortress. Mr. Glovier orchestrated Fortress’ investment in Opus Bank in September 2010 and was a founding board member of the bank.

Mr. Glovier started his career as an investment banker at Goldman Sachs and then transitioned to private equity firm Nassau Capital. He then moved to become the co-head of the middle market buyout group of Perseus LLC, a nearly $2 billion in AUM private equity firm headquartered in Washington, DC.

Mr. Glovier is currently a board member of The Retirement Industry Trade Association, which is comprised of the nation’s largest independent custodians in the retirement industry.