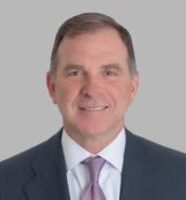 George Mattson helps add value to Star Mountain’s underlying operating companies including assisting with identification of strategic add-on acquisitions and other M&A and financing related matters. He has over 25 years of experience running industry practices, advising C-level executives and boards of directors, negotiating transactions, leading deal teams and principal investing in both large and small businesses.

As a former investment banker at Goldman Sachs who co-headed the Global Industrials Group, Mr. Mattson brings significant industry and finance expertise, as well as a keen understanding of the best practices employed by many successful growth companies.

Since 2012, Mr. Mattson has been a private investor and currently serves on the Board of Directors of Delta Air Lines, Inc. (NYSE: DAL), Air France KLM and Virgin Galactic. Mr. Mattson is a principal investor in Tropic Ocean Airways as well as in several other U.S. small businesses.

Mr. Mattson holds a Bachelor of Science degree in electrical engineering from Duke University and a Masters of Business Administration from the Wharton School at the University of Pennsylvania.