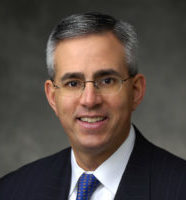 Mr. Eatroff has a broad spectrum of private equity investing experience across technology enabled services industries including Human Capital Management, Digital and Direct Marketing and IT/Cybersecurity Services. He has in the past represented and currently represents Halyard on the board of directors of over a dozen portfolio companies. Mr. Eatroff has also overseen and helped integrate more than 40 add-on acquisitions for portfolio companies.

Mr. Eatroff is a recognized thought leader in the alternative asset management industry having spoken at over 100 industry conferences. He is the Co-President of the Wharton Private Equity & Venture Capital Association and the former Chairman of the Lafayette College Leadership Council (2011 – 2015).

Mr. Eatroff received an MBA from The Wharton School at the University of Pennsylvania and a BA with honors from Lafayette College.

Mr. Eatroff started as a personal investor and Senior Advisor prior to becoming a Managing Director and Investment Committee Member.