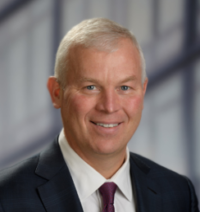 Mr. Ide is a senior executive with 30+ years of experience advising some of the world’s largest and most sophisticated institutions and family offices on their investments as well as strategically guiding operating companies as their trusted corporate banker and lender.

Mr. Ide spent approximately 22 years at JPMorgan Asset Management, the $2+ trillion AUM investment manager that is part of the international commercial and investment banking group JPMorgan Chase (NYSE: JPM). As a Managing Director and member of the Strategic Client Group, he oversaw some of the largest and most sophisticated institutional clients and also served on various internal management committees.  He oversaw approximately $20 billion of client capital invested across a broad range of global strategies including JPMorgan’s then affiliated $15+ billion AUM Highbridge Principal Strategies’ private credit, mezzanine and special situations funds.

Mr. Ide was also a Credit Analyst at The First National Bank of Chicago, which was later acquired by Bank One Corporation.

Mr. Ide started his career as a management consultant at Cini-Little International in the late 1980s.

Mr. Ide is a graduate of Lawrence University and has an MBA from Loyola University of Chicago. Mr. Ide also holds the Chartered Financial Analyst (CFA) designation. He also is a board member and treasurer of Hephzibah Children’s Association.